The Donnelly Tanker Management Team welcomed the latest additions to its fleet at three different naming ceremonies on the same day at New Times Shipyard in China on the 29th May 2009. The first delivey with hull no. 0307364 is set for the beginning of June and the two following hulls 0307365 / 66 through to August 2009.

The first vessel in a series of three 73000 dwt Product and Crude Oil Tankers was named "Summit Australia" by the proud godmother Mrs. Emanuelle Matarangas, wife of Christos Matarangas at UPT. Mrs Matarangas successfully broke the champagne bottle, the fireworks went off and everybody cheered!

Next in line was hull 0307365 which was named "Summit Asia". Mrs Zhang Fan had the honour to christen this fine vessel, which she did with great success. After a broken champagne bottle the fireworks went off and when the smoke had settled the group moved on to the last and final vessel.

The last vessel, but surely not the least, was given the name "Summit Africa". She graciously accepted her name from Mrs. Peggy Dzicki, wife of ISN Training Manager Rene Dzicki. After the bottle successfully had been smashed and fireworks had once again gone off everybody congratulated each other to no less than three magnificient christenings. 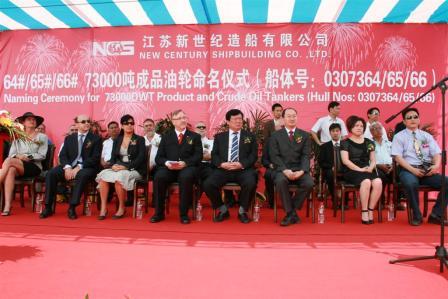 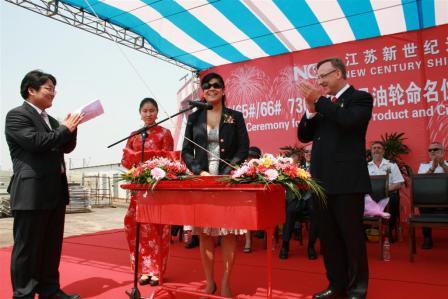 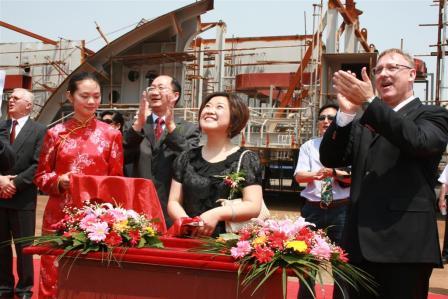 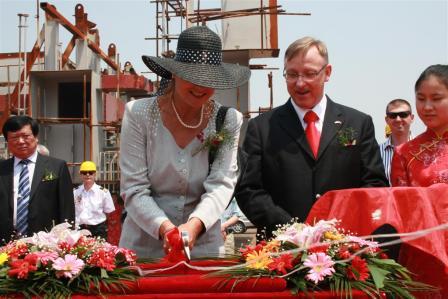 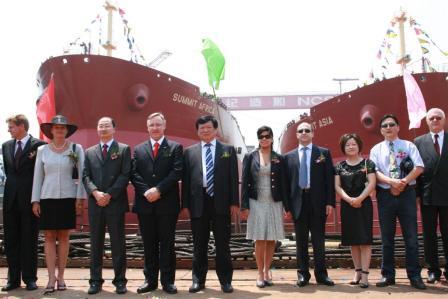 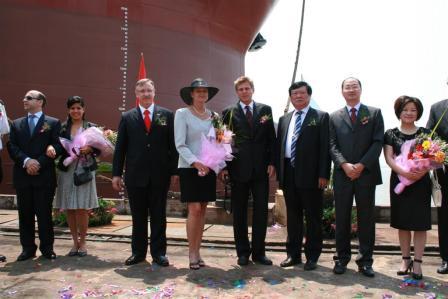